Hello everyone, and welcome back to The Bookworm’s Fantasy! I hope you’re all doing well. This post is hopefully going to be the start of a new series which I will continue every year. Each Summer my family go on holiday abroad, and there’s nothing I love more than sitting by the pool with a good book. This year I went to Corfu for 10 days, and managed to read a total of 6 books. So here’s a breakdown of the books I read whilst on holiday this year and what I thought about them (some of them I mentioned in my Summer 2016 Book Haul). Here goes…

The Silent Sister by Diane Chamberlain.

What if everything you believed turned out to be a lie? Riley MacPherson is returning to her childhood home in North Carolina. A place that holds cherished memories. While clearing out the house she finds a box of old newspaper articles – and a shocking family secret begins to unravel.
Riley has spent her whole life believing that her older sister Lisa died tragically as a teenager. But now she’s starting to uncover the truth: her life has been built on a foundation of lies, told by everyone she loved.
Lisa is alive. Alive and living under a new identity. But why exactly was she on the run all those years ago, and what secrets are being kept now?
As Riley tries to separate reality from fiction, her discoveries call into question everything she thought she knew about her family. Can she find the strength inside herself to decide her future?

Incredibly gripping and emotionally powerful, The Silent Sister is perfect for fans of Jodi Picoult and Liane Moriarty.

This was the first book I read whilst on holiday – the perfect holiday starter. I really enjoyed this book, and finished it very quickly. The book follows the protagonist Riley, who returns to her childhood home after the death of her father. Very quickly, Riley learns that her entire existence (pretty much) has been a lie, and she begins to unravel the secrets within her family. Full of twists and turns, and shocks and surprises; I highly recommend ‘The Silent Sister’. Chamberlain’s characterisation is brilliant, and the narrative is complex but easily understood at the same time. A perfect Summer read in my opinion. I’ll definitely be reading more by Chamberlain in the future!

After You by Jojo Moyes. 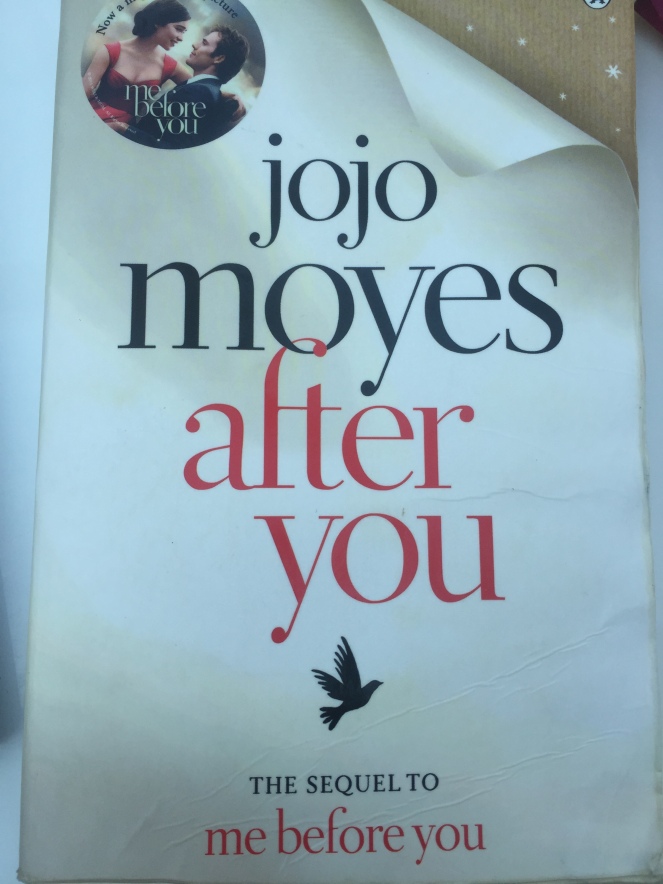 Lou Clark has lots of questions.

Like how it is she’s ended up working in an airport bar, spending every shift watching other people jet off to new places.

Or why the flat she’s owned for a year still doesn’t feel like home.

Whether her close-knit family can forgive her for what she did eighteen months ago.

And will she ever get over the love of her life.

What Lou does know for certain is that something has to change.

Then, one night, it does.

But does the stranger on her doorstep hold the answers Lou is searching for – or just more questions?

Open it and she risks everything.

But Lou once made a promise to live. And if she’s going to keep it, she has to invite them in . . .

For those of you who don’t know, I absolutely adore Jojo Moyes. I love her style, her clever narratives, her detailed characterisations, her ability to instigate powerful emotions from the reader – I love everything about her writing. This is the sequel to the highly regarded ‘Me Before You’; a book which I talked about here, and has now been made into a successful film. I had high expectations for this book and was not disappointed. It’s all about (as the title suggests) Louisa’s life after Will, and her attempts to move on. This book was incredible, and although some of the events were very unexpected, I think this is the perfect sequel to a perfect story. I highly recommend that everybody reads both ‘Me Before You’ and ‘After You’ – you won’t be disappointed!

And The Mountains Echoed by Khaled Hosseini. 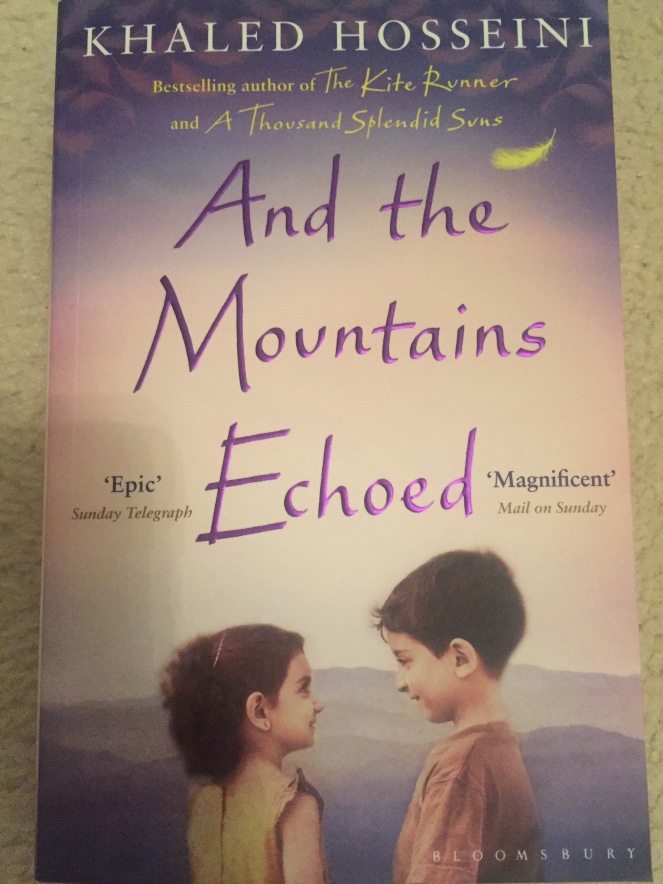 Ten-year-old Abdullah would do anything for his younger sister. In a life of poverty and struggle, with no mother to care for them, Pari is the only person who brings Abdullah happiness. For her, he will trade his only pair of shoes to give her a feather for her treasured collection. When their father sets off with Pari across the desert to Kabul in search of work, Abdullah is determined not to be separated from her. Neither brother nor sister know what this fateful journey will bring them.

And the Mountains Echoed is a deeply moving epic of heartache, hope and, above all, the unbreakable bonds of love.

I apologise now for bringing a downer on what has been a positive post so far. I didn’t actually enjoy this book, and I fully accept that some of you are going to majorly disagree with me here. I’m as surprised as you are that I didn’t enjoy this. I love Hosseini’s other two books, and I talked about them here. But in my opinion, this just did not add up to the standard of ‘The Kite Runner’ or ‘A Thousand Splendid Suns’. Personally, I didn’t like or relate to the characters very much, and I just felt that the narrative was not as strong as I would have liked. I ended up getting lost a couple of times, and for whatever reason I just could not get into this book. I may attempt to read it again in the future, but for now I’ll focus on the other dozen books I need to read!

How To Be A Woman by Caitlin Moran. 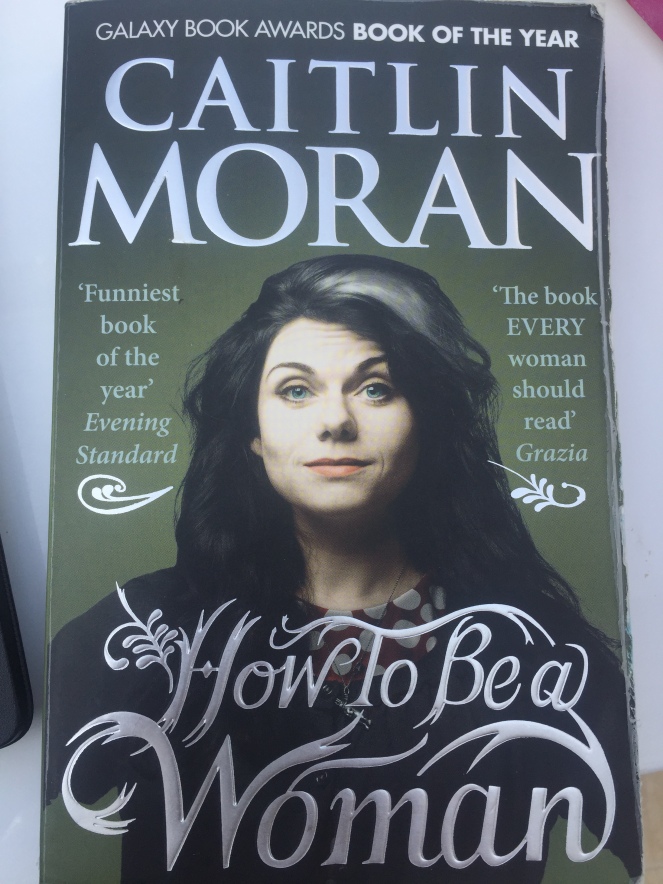 It’s a good time to be a woman: we have the vote and the Pill, and we haven’t been burnt as witches since 1727. However, a few nagging questions do remain…

Why are we supposed to get Brazilians? Should we use Botox? Do men secretly hate us? And why does everyone ask you when you’re going to have a baby?

The three words I’d use to describe this book are: hilarious, outrageous and shocking. I love Caitlin Moran, and I just find her books so funny. I was sat around the pool laughing out loud at this. It’s part rant and part memoir, and Moran’s own voice and personality really shines through here. She’s not afraid to speak her mind and cover some truly controversial topics. Yes, this is a feminist book, but it’s not full of overdramatic or ridiculous beliefs or opinions. It’s just funny. If you’re a woman, I really recommend reading this. You’ll have a good laugh, and read about some important topics too.

The Language Of Flowers by Vanessa Diffenbaugh. 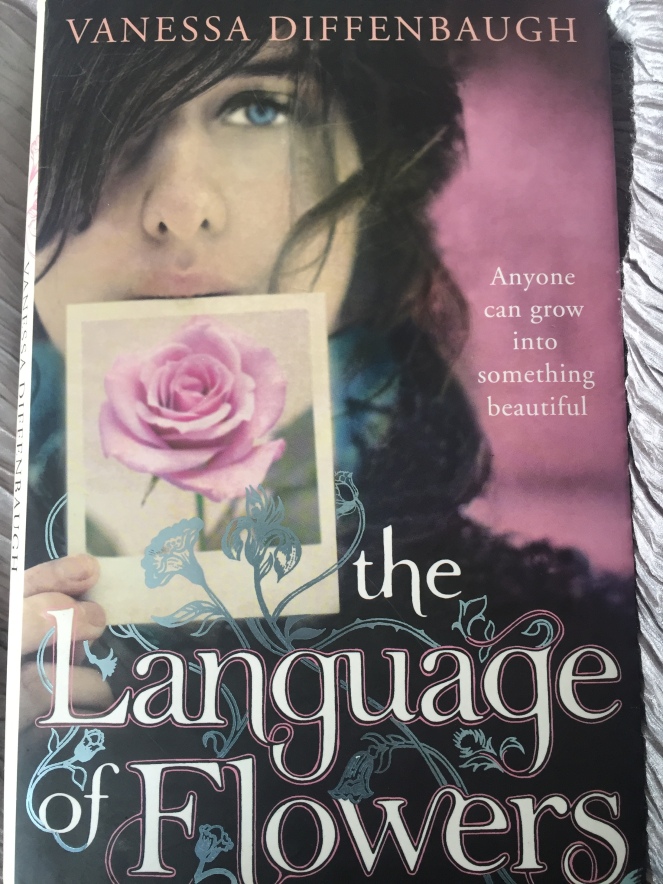 The Victorian language of flowers was used to express emotions: honeysuckle for devotion, azaleas for passion, and red roses for love. But for Victoria Jones, it has been more useful in communicating feelings like grief, mistrust and solitude. After a childhood spent in the foster care system, she is unable to get close to anybody, and her only connection to the world is through flowers and their meanings.

Now eighteen, Victoria has nowhere to go, and sleeps in a public park, where she plants a small garden of her own. When her talent is discovered by a local florist, she discovers her gift for helping others through the flowers she chooses for them. But it takes meeting a mysterious vendor at the flower market for her to realise what’s been missing in her own life, and as she starts to fall for him, she’s forced to confront a painful secret from her past, and decide whether it’s worth risking everything for a second chance at happiness.

There’s not much point in me going into massive detail about this book here, as I’ve already written an entire review on it. To cut a long story short, I absolutely loved this book, and this was definitely the best book I read whilst on holiday. I highly highly recommend this. If you want to find out more, check out my review here.

The Quality Of Silence by Rosamund Lupton. 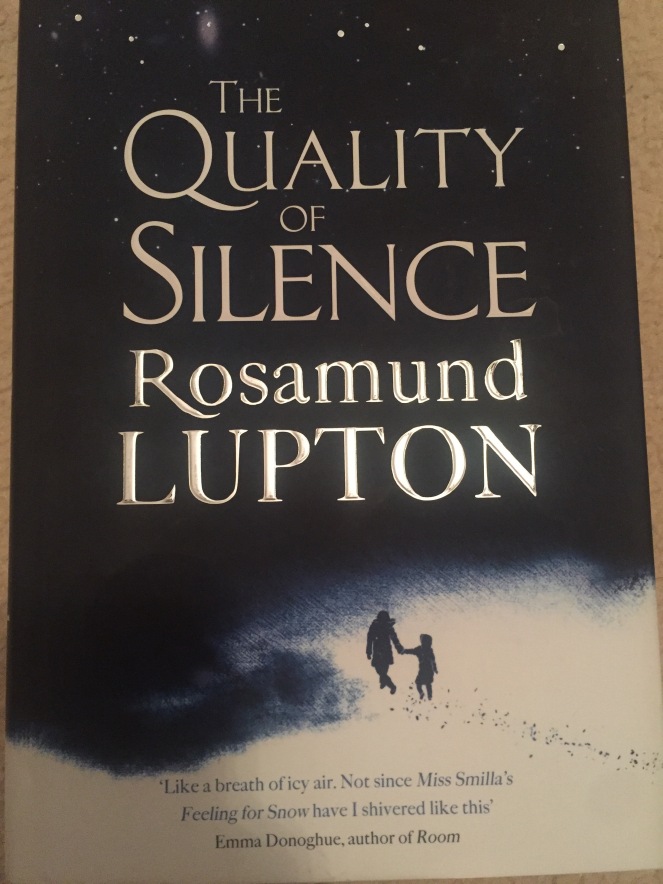 On 24 November Yasmin and her ten-year-old daughter Ruby set off on a journey across Northern Alaska. They’re searching for Ruby’s father, missing in the arctic wilderness.

More isolated with each frozen mile they cover, they travel deeper into an endless night. And Ruby, deaf since birth, must brave the darkness where sight cannot guide her.

She won’t abandon her father. But winter has tightened its grip, and there is somebody out there who wants to stop them.

Somebody tracking them through the dark.

This is the final book I read whilst on holiday. The book did engage me and I did enjoy it, but it could definitely have been better in my opinion. It follows the protagonist Yasmin and her daughter Ruby as they travel across Alaska to find her husband Matt, after Yasmin refuses to believe that Matt has died in a fire. The book was full of suspense and I kept reading in order to find out what was going to happen next. However, I just felt that the book was a little bit far-fetched and some of the events that happen are just too unbelievable. I also wasn’t a fan of the ending. This was a decent read, but I don’t think I’ll be reading any of Lupton’s other novels.