Hello everyone, and welcome back to The Bookworm’s Fantasy! I hope you’re all doing well. Today I’m very excited to be taking part in the blog tour for Louise Doughty’s latest novel, ‘Black Water’. Thanks so much to Faber & Faber for this opportunity! So, keep reading… 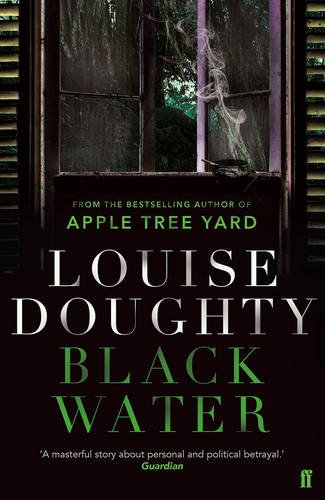 John Harper lies awake at night in an isolated hut on an Indonesian island, listening to the rain on the roof and believing his life may be in danger. But he is less afraid of what is going to happen than of something he’s already done.

In a local town, he meets Rita, a woman with her own troubled history. They begin an affair – but can he allow himself to get involved when he knows this might put her at risk?

Moving between Europe during the cold war, California and the Civil Rights struggle, and Indonesia during the massacres of 1965 and the decades of military dictatorship that follow, Black Water is an epic novel that explores some of the darkest events of recent world history through the story of one troubled man.

‘Black Water’ is a novel unlike anything I’ve ever read before. It’s very chilling and suspenseful, but also has a very strong political basis. It’s more of a slow-burner than an action-packed thriller – but the moral messages I got from reading this were very strong, and I’d recommend it to those of you who are more interested in politics and recent affairs.

I haven’t read any of Doughty’s other books so I cannot compare this to her other writing. I did, however, watch the four-part TV series of ‘Apple Tree Yard’ and really enjoyed it. It’s clear to see that Doughty doesn’t shy away from discussing difficult, controversial topics, which is something that I personally really appreciate as a reader. She talks very frankly about issues which face many people today, and criticises the society we live in. I will say that the subject matter of this novel is completely different to ‘Apple Tree Yard’; there’s nothing remotely similar about the two at all. So don’t go into this expecting a similar story to ‘Apple Tree Yard’, because you won’t get it.

It’s clear that so much research went into writing this novel, and Doughty has written about these tough subject matters in a really eye-opening, thought-provoking way. She alerted me to issues that I (personally) didn’t know existed, and I really appreciate that. Her character construction was very thorough and detailed, as we follow John Harper through many stages of his life. Her writing is spooky and thrilling, with strong political messages rooted in the text.

Overall, I would recommend this novel to those of you who love thrillers, but are looking for something more “true to life”, or have an interest in politics and the world we live in. If you’re wanting to read something that’ll keep you on the edge of your seat, but will also teach you a lot and open your eyes to many issues, then this novel is for you!