Hello everyone, and welcome back to The Bookworm’s Fantasy! I hope you’re all doing well. Today I’m going to be posting my first post in a brand-new series on my blog: “An introduction to…” I’ll be focusing on a specific genre (or sub-genre) and giving you a few recommendations of books you can read in that genre – whether you’re completely new to the genre or wish to expand your horizons a bit, hopefully these posts will help! Today I’ll be focusing on Psychological Thrillers – Thrillers that are more based on exploring the human psyche and are written to encourage deep thinking, rather than solely plot-driven or action-packed. So, here goes…

The Swimming Pool by Louise Candlish. 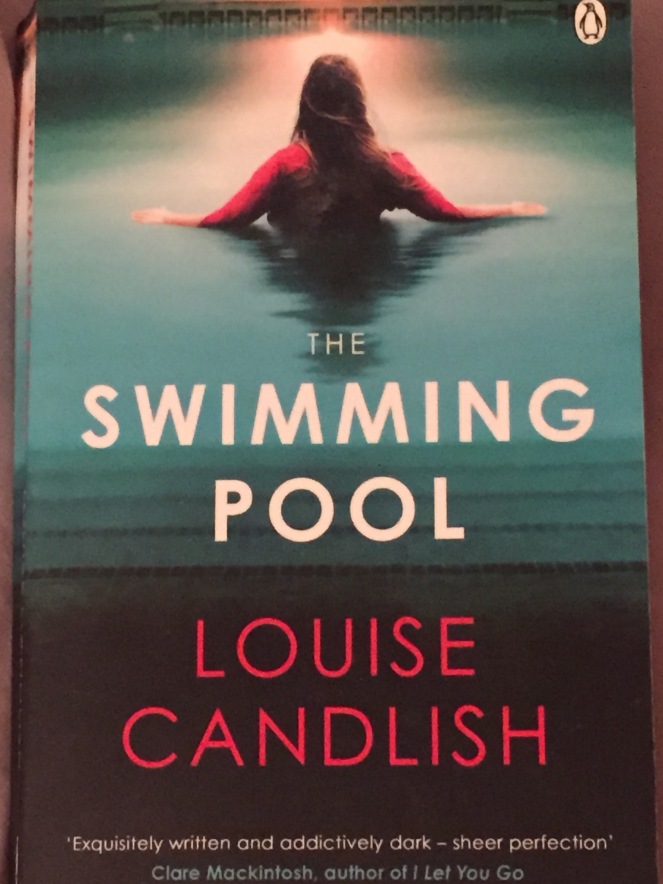 It’s summer when Elm Hill lido opens, having stood empty for years. For Natalie Steele – wife, mother, teacher – it offers freedom from the tightly controlled routines of work and family. Especially when it leads her to Lara Channing, a charismatic former actress with a lavish bohemian lifestyle, who seems all too happy to invite Natalie into her elite circle.

Soon Natalie is spending long days at the pool, socializing with new friends and basking in a popularity she didn’t know she’d been missing. Real life, and the person she used to be, begins to feel very far away.

But is such a change in fortunes too good to be true? Why are dark memories of a summer long ago now threatening to surface? And, without realizing, could Natalie have been swept dangerously out of her depth?

‘The Swimming Pool’ is a fantastic contender in the Psychological Thriller sub-genre. It’s set in a newly-opened swimming pool, and the Channing family have just moved to town. The Channing family are a lot more complex than they first seem, and of course things go horrifically wrong at the swimming pool. An excellent read!

My verdict: “Candlish’s writing is hypnotic and dark, and I was absolutely absorbed in the world of ‘The Swimming Pool.” (FULL REVIEW HERE)

Author’s other works: ‘The Sudden Departure Of The Frasers’ (2015 Psychological Thriller) and more novels in different genres.

THE ESCAPE by C.L. Taylor. 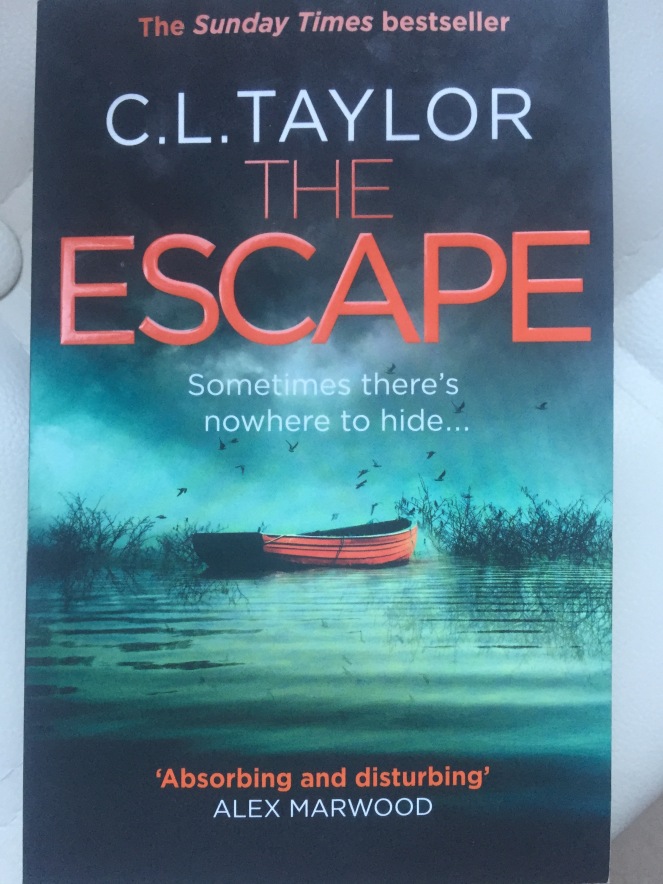 When a stranger asks Jo Blackmore for a lift she says yes, then swiftly wishes she hadn’t.

The stranger knows Jo’s name, she knows her husband Max and she’s got a glove belonging to Jo’s two year old daughter Elise.

What begins with a subtle threat swiftly turns into a nightmare as the police, social services and even Jo’s own husband turn against her.

No one believes that Elise is in danger. But Jo knows there’s only one way to keep her child safe – RUN.

I recommend all of C.L. Taylor’s Psychological Thriller novels, but thought I’d mention her latest novel. ‘THE ESCAPE’ follows the narrative of Jo, Max and their daughter Elise, and when a stranger threatens their family unit Jo must go on the run with Elise. It’s hard to fault this novel!

Critical quotes: “An excellent psychological thriller” (Heat), “Packed with twists and turns, this brilliantly tense thriller will get your blood pumping” (Fabulous).

My verdict: “Taylor has a clear skill in creating mystery and suspense, forcing the reader to the edge of their seat.” (FULL REVIEW HERE) 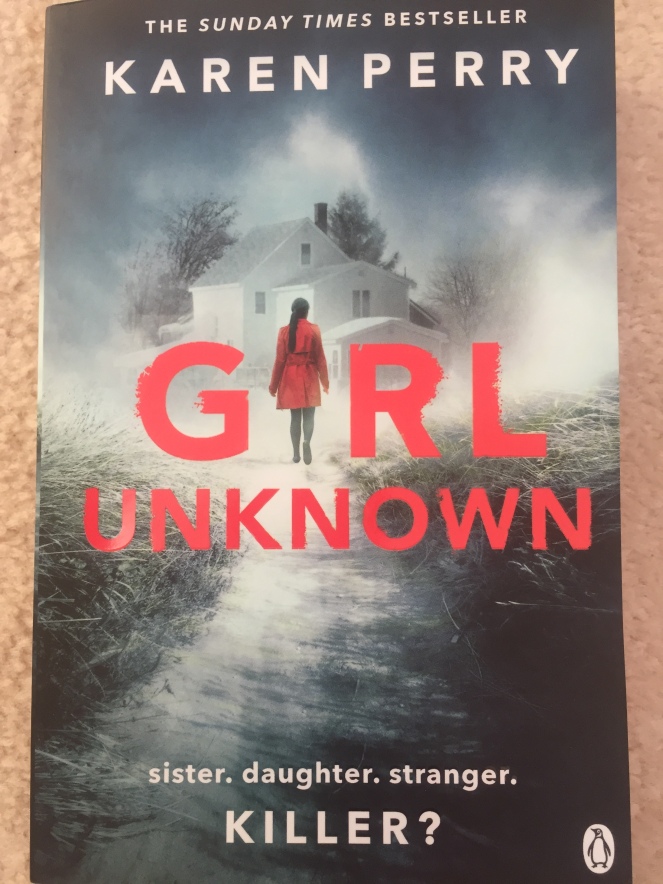 When first-year student Zoë Barry walks into Professor David Connolly’s office and tentatively says these words, he is left reeling. But it is the lives of his family – particularly his wife Caroline – which are turned upside down by the arrival of this stranger.

Though no one knows quite who Zoë is, she is soon entangled in their lives. Yet her stories don’t ring true and Caroline is determined to learn if the girl is the unlucky innocent she claims to be or someone with a far darker agenda.

Because by letting Zoë in, David and Caroline aren’t just leaving themselves vulnerable. They’re risking the most precious thing in the world – the lives of their children . . .

‘Girl Unknown’ has everything you could want from a Psychological Thriller. It essentially follows the story of David and Caroline, who are thrown a curveball when Zoe turns up and announces David is her father. But of course, Zoe is not the person she first appears to be.

Critical quotes: “One of the most richly satisfying psychological thrillers of 2016” (The Irish Independent), “This story of psychological attrition builds to an incredibly tense finale – before delivering an amazing final twist” (Sunday Mirror).

My verdict: “It’s got everything you could want from a psychological thriller – tension, excellently-executed characters, mystery, and incredible plot twists!” (FULL REVIEW HERE)

The Bones Of You by Debbie Howells.

I have a gardener’s inherent belief in the natural order of things. Soft-petalled flowers that go to seed. The resolute passage of the seasons. Swallows that fly thousands of miles to follow the eternal summer.

Children who don’t die before their parents.

A community in shock

When eighteen-year-old Rosie Anderson disappears, the idyllic village where she lived will never be the same again. Local gardener Kate is struck with guilt. She’d come to know Rosie well, and thought she understood her – perhaps better even than Rosie’s own mother.

Rosie was beautiful, kind and gentle. She came from a loving family and she had her whole life ahead of her. Who could possibly want to harm her? And why?

A keeper of secrets

Kate is convinced the police are missing something. She’s certain that someone in the village knows more than they’re letting on. As the investigation deepens, so does Kate’s obsession with solving the mystery of what happened to Rosie.

A sensational Psychological Thriller! The narrative centres around the disappearance of 18 year old Rosie Anderson, as those around her seek to find out exactly what happened to her and discover who is responsible. Family friend Kate becomes obsessed with solving the case – but stumbles upon a few shocking secrets on the way.

Critical quotes: “A psychological thriller about the dark side of suburban England” (Daily Express), “Twists, turns and a shocking ending – it’s the most exciting whodunit we’ve read in years” (Essentials Magazine).

My verdict: “The characters are all outstanding and all bring something new to the novel; the plot unfurls terrifically; the novel is full of suspense and mystery; and the ending is just fantastic!” (FULL REVIEW HERE)

In Her Wake by Amanda Jennings.

A tragic family event reveals devastating news that rips apart Bella’s comfortable existence. Embarking on a personal journey to uncover the truth, she faces a series of traumatic discoveries that take her to the ruggedly beautiful Cornish coast, where hidden truths, past betrayals and a 25-year-old mystery threaten not just her identity, but her life.

‘In Her Wake’ is a Psychological Thriller with an epic storyline. The narrative follows Bella, who is given some crushing news upon her father’s death. Throughout the novel, she goes on a very personal journey in order uncover the mysteries of her family and her own identity. But things are not as they seem!

My verdict: “This is a novel full of suspense and mystery, secrets and lies, love and hate, trust and betrayal, and so much more.” (FULL REVIEW HERE)

8 thoughts on “An introduction to… Psychological Thrillers”