Hello everyone, and welcome back to The Bookworm’s Fantasy! I hope you’re all doing well. Today I’m posting my review of Michelle Sacks’ debut novel, ‘You Were Made For This’. I was sent an ARC by HQ and really enjoyed the book, so just had to review it for you! Keep reading to discover my thoughts… 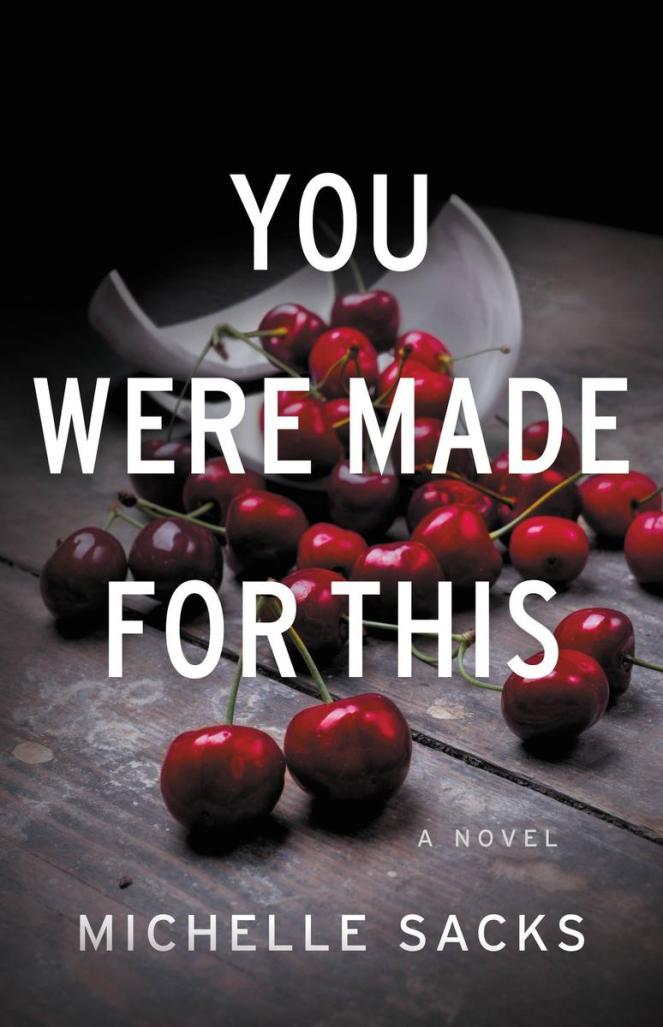 Doting wife, devoted husband, cherished child. Merry, Sam and Conor are the perfect family in the perfect place. Merry adores baking, gardening, and caring for her infant son, while Sam pursues a new career in film. In their idyllic house in the Swedish woods, they can hardly believe how lucky they are. What perfect new lives they’ve built for themselves, away from New York and the events that overshadowed their happiness there.

And then Merry’s closest friend Frank comes to stay. All their lives, the two women have been more like sisters than best friends. And that’s why Frank sees things that others might miss. Treacherous things that unfold behind closed doors.

But soon it’s clear that everyone inside the house has something to hide. And as the truth begins to show through the cracks, Merry, Frank, and Sam grow all the more desperate to keep their picture-perfect lives intact.

** TRIGGER WARNING ** Includes detailed references to child abuse, both physical and emotional. Includes a scene detailing the death of a baby and funeral arrangements. Also includes explicit sexual references and references to alcoholism and drug use. Explores pregnancy and fertility issues.

‘You Were Made For This’ (28th June 2018) is Michelle Sacks’ debut novel. Sacks has also released a short story collection named ‘Stone Baby’ (December 2017). She was born in South Africa and studied Literature and Film at the University of Cape Town. She has been shortlisted twice for the South African PEN Literary Award, as well as the 2014 Commonwealth Short Story prize. Sacks currently lives in Switzerland.

The novel has received positive reviews, from the likes of Publishers Weekly: “A haunting first novel”, Booklist: “Will keep readers rapt to the final page” and Library Journal: “Fans of dark and twisted psychological thrillers will be swept up in the appearance of domestic bliss and maternal perfection, only to be left off-kilter and breathless with each costume change”. Many fellow authors also praised the book, such as Amanda Jennings: “Dark, unsettling and utterly absorbing”, Helen Fields: “A chilling, gut-wrenching psychological thriller” and Lisa Hall: “Toxic and stifling”.

‘You Were Born For This’ follows the seemingly-perfect lives of Merry and Sam, who live in a idyllic home situated on a Swedish lake with their beautiful baby Conor. Everyone around them idolises their perfect lives, including Merry’s best friend Frank. But when Frank comes to stay, the cracks in their relationship soon become apparent…

The first half of the novel is narrated from both Merry and Sam’s first-person perspectives, with some sections also written in the third-person. The second half of the novel also introduces Frank’s first-person perspective. The narrative all takes place in the present day, with some flashbacks and allusions to the past. The narrative is fairly simple and easy to follow, and each characters’ perspective is detailed and in-depth, giving the reader a deep insight to their thoughts and feelings.

It’s really hard to choose a “favourite” character, as they are all pretty nasty! However, I would say that Merry is probably the most well-written character. Merry is a doting housewife and a hard-working mother, often left alone to look after the house and the baby whilst her husband is at work. On the surface, she seems to have it all, and she seems to be very happy. But once you delve deeper, it soon becomes clear that Merry really isn’t that happy. She has some dark secrets, and things happen in that house that nobody else knows about. It’s clear she is suffering from multiple mental illnesses, and she struggles to cope with all that has been thrown at her. She is a very realistic and believable character, although not particularly likeable.

Sam is also not a very likeable character. He’s studied hard at university and is pursing a career in film-making, although this does not always go to plan. He’s hard-working and ambitious, and will go to great lengths to achieve what he wants. But he’s also cruel and cold-hearted in some respects, often leaving his wife home for hours so he can pursue his own desires. He’s very hot and cold, and often has a violent temper. He’s essentially a very self-absorbed character, who often doesn’t consider anyone’s feelings other than his own.

Frank is a seemingly good character, and when she comes to stay, she is jealous of her best friend and all she has managed to achieve. She’s in awe of their relationship, their home and their beautiful baby, and particularly bonds with the baby Conor. But when she begins to see the cracks in their perfect lives, she becomes vengeful, wanting to make Merry pay for neglecting her husband and child. She is determined to find out all of Merry’s dirty secrets, whatever it costs. Frank is cold and cunning, and also goes to great lengths to get what she wants.

Other characters in the novel include: Merry and Sam’s neighbours, Sam’s mother, Sam’s fellow academics, and various members of the police team. There is a relatively small cast of characters within the novel, but it is particularly focused on the lives of Merry, Sam and Frank.

** TRIGGER WARNING ** (I apologise for any spoilers here.) The novel explores the theme of child abuse in great detail, including both emotional and physical abuse. Sacks details the injuries sustained by the baby during multiple beatings. The novel includes a particularly gruesome scene in which the baby dies, exploring the details of the corpse and funeral arrangements. The novel also explores the theme of substance abuse, particularly alcoholism and drug use. Explicit references are made to sexual encounters with multiple different partners. The theme of pregnancy and fertility issues are also explored.

As the narrative motors onwards, it becomes clear that Merry and Sam’s relationship is very damaged – possibly beyond repair. A terrible accident occurs one day that changes the entire course of all of the characters’ lives, forever. They must attempt to pick up the pieces and carry on as normal … but is this even possible?

So, let’s talk about the ending. There’s no twist or action-packed end scene, but rather the characters’ lives all go downhill after the accident. An investigation is launched as to how this accident occurred, and which character is responsible. The truth is finally revealed, which I was really shocked about. I definitely never saw the big reveal coming, and it felt very authentic and real. I was pretty pleased with the way the novel concluded, and the fact that there was still some ambiguity there.

Overall, I highly recommend this novel to those of you who enjoy psychological thrillers, particularly those much darker in their subject matter. For me, personally, it was too dark, and the subject matter was simply too disturbing at times. But I really feel that others may enjoy this more than I did, and the novel definitely has the potential to be loved by many. A deliciously dark thriller that will stay with you for days after reading!