Hello everyone, and welcome back to The Bookworm’s Fantasy! I hope you’re all well. Today I’m posting my review of T.M. Logan’s brilliant psychological thriller, ‘Lies’. I absolutely adored this book, and was hooked from the very first page! Keep reading to discover my thoughts… 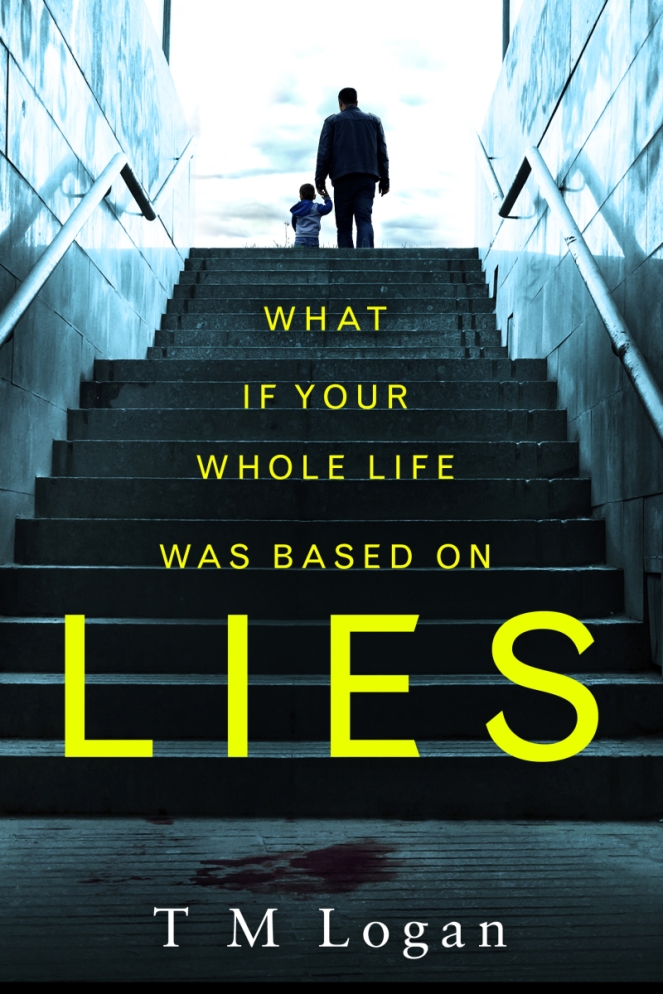 Joe Lynch is just an ordinary happily-married man – until one split-second decision throws his life into crisis.

When Joe sees his wife having a confrontation with family friend Ben, it’s the first hint that she’s been lying to him – about everything. And when he steps in to protect her, a harmless shove knocks Ben to the ground. And he’s not moving…

‘Lies’ (2017) is T.M. Logan’s debut novel. He has since written ’29 Seconds’, which was released in March 2018. Logan was a national newspaper journalist before turning to writing full-time. He was born in Berkshire and now lives in Nottinghamshire with his family.

The novel received lots of positive reviews, from the likes of The Times: “Even the cleverest second-guesser is unlikely to arrive at the truth until it’s much, much too late” and Cosmopolitan: “Fraught with tension, with a compelling lead character who becomes more and more unsure about who he can trust.” Many fellow authors also praised the book, such as B.A. Paris: “A tense and gripping thriller”, Lee Child: “Assured, compelling, and hypnotically readable” and K.L. Slater: “Outstanding and very well-written debut psychological thriller.”

‘Lies’ follows the protagonist Joe Lynch, whose life is turned upside-down when he witnesses his wife having a strange confrontation with their family friend. He discovers that his whole life has been built on lies, and it soon becomes clear that he can’t trust anybody…

The novel is told from the first-person perspective of Joe. The reader is given an in-depth insight to his thoughts, feelings and actions, and is able to learn a lot about him as a character. The narrative is split into days, beginning with Thursday and ending some days later. It is all told in the present tense, with some allusions to past events. The narrative is simple to follow, but still very effective.

Joe is my favourite character in the novel. I really appreciated the fact that the reader gets such an emotional account from the male protagonist – often, males in psychological thrillers can be portrayed as a bit flat and unemotional. Joe adores his wife Mel and his son William, and he will do anything and everything to protect them both. His family is always his number one priority, and he would rather keep his secure job as a teacher than be adventurous or ambitious. When he discovers his wife’s lies, he becomes very insecure and paranoid, and the portrayal of his anxiety is really fantastic. He’s a very realistic and believable character.

I didn’t really warm much towards Joe’s wife Mel, which is unsurprising given the secrets she has been keeping. She’s selfish and impulsive, often putting her own wants and needs before others. I do believe that, deep down, she does try to be a good person – but she certainly has plenty of flaws, and she cannot resist temptation. She is a very good mother though, and taking care of her son and protecting him is very important to her. I certainly saw Mel as the “villain” in the novel.

Family friend Ben is a very complex and complicated character. He has also been keeping secrets from his wife and Joe. He’s hot-headed and easily angered, and his wife Beth fears what he may be capable of. He’s a successful business with a lot of money, and he is definitely used to getting his own way. Like Mel, he’s selfish and impulsive, and doesn’t care about others’ feelings or emotions. It goes without saying that I really didn’t like Ben much either.

** TRIGGER WARNING ** (I apologise for any spoilers here.) This novel explores the theme of domestic violence in some detail, including physical and emotional abuse. The psychological torment described in this novel, in particular, is difficult to read and made me feel uncomfortable at times. The novel also explores the theme of adultery/infidelity in some detail, with many references made to sexual acts. Finally, the novel includes scenes of murder, detailing physical violence. If any of these issues may be triggering for you, I suggest you skip this book.

As the novel motors onwards, more and more secrets come to the surface, and Joe realises that there is nobody in his life who he can truly trust. It seems that everybody is turning against him, and the only person who has his back is himself. He must fight to protect those he cares about the most – his wife, his job, and most of all his son William. But is it too late?

So, let’s talk about the ending. There’s a fantastic, action-packed end scene which had me on the edge of my seat. Logan throws a real curveball into the mix, and there’s a fantastic twist which I could never have anticipated. I was really happy with the ending, and was satisfied that justice was served (in a way). I wish there was a sequel so I could see what happens to Joe next! A brilliant ending.

Overall, I highly recommend this novel to those of you who enjoy psychological thrillers. This book is a must-read for psychological thriller fans, and I really wish I’d read it a long time ago! The plot and characters are fantastic, and there are some excellent twists thrown in! My only criticism is that, on occasion, I questioned Joe’s behaviour and motives – but that’s if I’m being really picky. I strongly urge you all to read this book.