Hello everyone, and welcome back to The Bookworm’s Fantasy! Today I’m really excited to be taking part in the blog tour for Phoebe Morgan’s latest psychological thriller, ‘The Girl Next Door’! In this post, I’ll be giving you some information about the book, and also sharing an exclusive guest post from the author with you! I’ll also be reviewing this book in full, so keep your eyes peeled for that. Thanks so much to HQ for the opportunity! Keep reading… 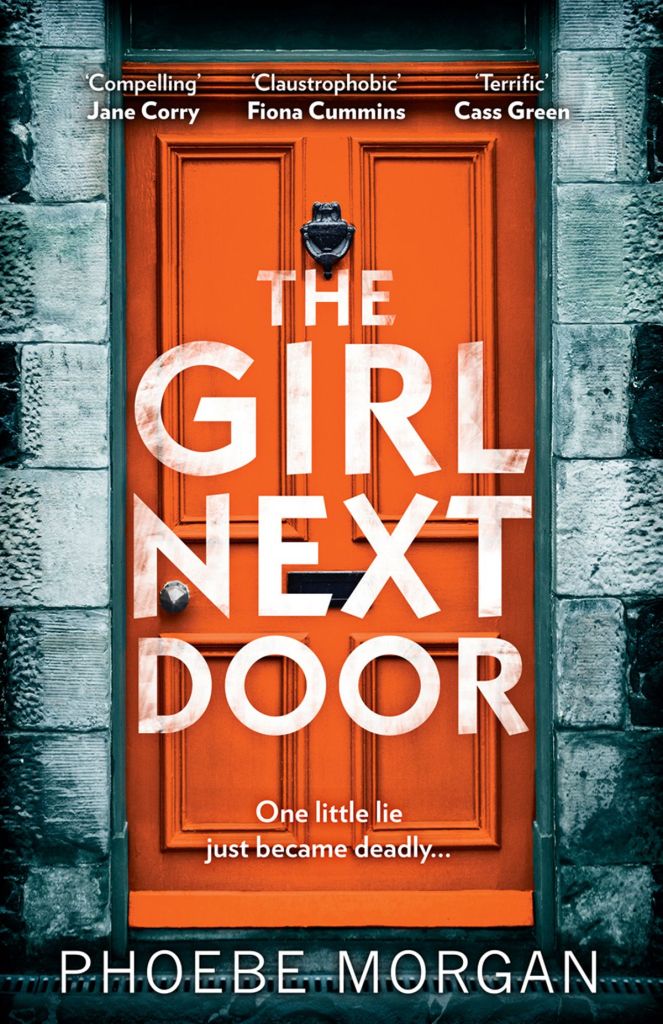 So when the girl next door, sixteen-year-old Clare Edwards, is found murdered, Jane knows she must first protect her family.

Every marriage has a few white lies and hers is no exception. Jane’s worked hard to cover up her dark secret from all those years ago – and she’ll do anything to keep it hidden…

Phoebe Morgan is the author of two psychological thriller novels: ‘The Doll House’ (2017) and ‘The Girl Next Door’ (21st February 2019). She studied English at Leeds University after growing up in the Suffolk countryside. She has previously worked as a journalist and now edits crime and women’s fiction for a publishing house during the day, and writes her own books in the evenings.

Guest Post – Favourite Characters in The Girl Next Door!

The Girl Next Door actually has quite a lot of characters, my lovely editor (Charlotte Mursell at HQ) had to make me cut a couple of the more minor ones out! The narrative is told from three main perspectives, those of Clare Edwards, a 16-year-old girl who is found murdered at the start of the book, Jane Goodwin, a housewife, mother of three and pillar of the town community, and DS Madeline Shaw, a steadfast but lonely police woman assigned to the murder case. There’s also Jack, Jane’s husband, Harry, her elder son, and Jane’s friends – the gossipy mothers who run the school PTA and love to speculate about who killed Clare.

Writing the mothers was probably my favourite, because I allowed them to be quite catty whilst hiding behind this façade of their perfect, well-to-do lives. In the book there are a little trio of them – Sandra, Tricia and Jane, and they meet up for wine and crisps almost every week, evenings that descend into gossip about who’s sleeping with who and of course, who could have committed the brutal murder of Clare Edwards. I think small communities can be fascinating – of course in real life they can be very supportive, loving places but in certain cases I do think there is a dark side to small-town life – in the town I’ve set the book in, everybody knows each other and they think they all know each other’s secrets. Jane and her cronies are at the heart of that gossipy community, and so in order to write them I had to really imagine what sort of things they’d do for work, what they’d wear, what they’d drink, and what kind of image they were all working so hard to maintain. One of my favourite scenes to write was when Jane is on the phone to her friend Sandra but pretends someone else is calling her because she wants to get off the line – she loves Sandra but she hates her at the same time, as I think is often the case in more toxic female relationships. I also enjoyed writing the scenes where the mothers are all at the school, holding a PTA meeting and a Valentine’s fundraiser, as it allowed me to bring out all of their worst sides in what should be a nice, normal environment.

You might not like Jane and her friends when you read The Girl Next Door, but hopefully by the end you’ll at least understand them a little better and realise what’s really going on beneath their make-up!

3 thoughts on “Blog Tour: ‘The Girl Next Door’ by Phoebe Morgan”