Hello everyone, and welcome back to The Bookworm’s Fantasy! I hope you’re all doing well. Today I’m posting my review of Lauren North’s debut psychological thriller, ‘The Perfect Betrayal’, which is released as an eBook today (14th March 2019). I was lucky enough to be sent an ARC of this – thanks so much to Transworld Books for the opportunity! Keep reading to discover my thoughts… 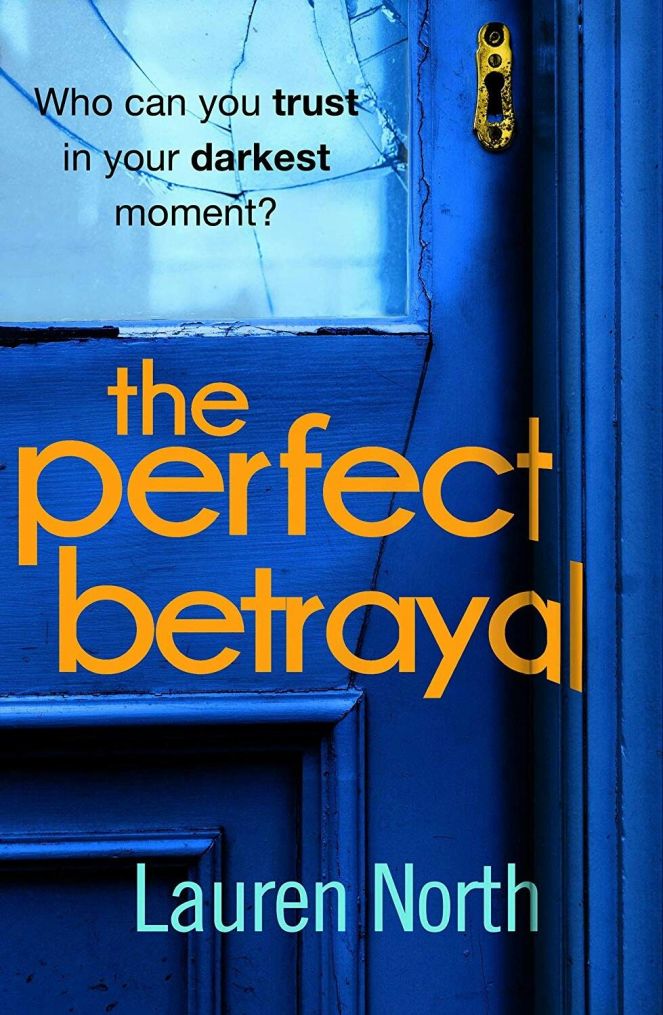 After the sudden death of her husband, Tess is drowning in grief. All she has left is her son, Jamie, and she’ll do anything to protect him – but she’s struggling to cope.

When grief counsellor Shelley knocks on their door, everything changes. Shelley is beautiful, confident and takes control when Tess can’t bear to face the outside world.

But when questions arise over her husband’s death and strange things start to happen, Tess begins to suspect that Shelley may have an ulterior motive. Tess knows she must do everything she can to keep Jamie safe – but who can she trust?

** TRIGGER WARNING ** Explores the theme of grief and loss in great detail. Also explores mental illness in detail, including anxiety, depression and a psychotic breakdown. Includes some reference to pregnancy issues and infertility.

‘The Perfect Betrayal’ is Lauren North’s debut novel – the ebook is released today (14th March 2019), and the paperback is due to be released on 27th June 2019. North has a lifelong passion for writing, reading and books, and her love of psychological suspense has grown since childhood. She studied psychology before moving to London, and now lives in the Suffolk countryside.

The book has received lots of positive praise, from the likes of fellow authors such as Emma Curtis: “As satisfyingly intriguing and page-turning as you could possibly want”, Lesley Kara: “A heart-rending evocation of grief that packs a devious punch”, Mary Torjussen: “A beautifully written psychological suspense about the power of love after a life-changing loss” and TM Logan: “A captivating, suspenseful thriller that draws you in – with a twist that will take your breath away”.

‘The Perfect Betrayal’ follows the life of Tess, who is completely overwhelmed by grief after her husband’s sudden death. When her mother sends a grief counsellor to her door, they strike up an unlikely friendship – but is Shelley really who she says she is?

The novel is mostly narrated from the first-person account of Tess, providing the reader with an in-depth description of her thoughts, feelings and emotions. We begin at the present day, and the narrative then jumps back and counts towards the fateful day when everything changes – Jamie’s birthday. There are some present-day sections included throughout which transcribe an interview between Tess and the police. There are also some diary entries from Shelley and Ian included. The narrative is very easy to follow, yet still very effective.

Of course, Tess is my favourite character in the novel. Her whole world has been turned upside-down by her husband Mark’s sudden death, and she is drowning in her grief. She struggles to complete everyday tasks, like cook food or take her son Jamie to school. Jamie is all she has left now, and she is clinging on to him with such ferocity that it only serves to drive him away from her. She seeks comfort from new friend Shelley, who seems to have experienced a very similar loss to hers. But it soon becomes clear that Tess is really unwell, and she begins to doubt everyone around her. Tess is a very believable and realistic character, and I felt a great deal of sympathy towards her.

Shelley is a strange character. She seems very kind and lovely on the outside, and her intentions are only to help Jamie and Tess. But she’s suffered her own loss and it becomes clear that she is still not at peace with her own grief, and it begins to overcome her. She becomes jealous of the fact that Tess still has a child, and begins increasingly close to Jamie. Ultimately, she tries her best to help others, but it’s very clear that she still needs help herself. And there’s no denying that Shelley seems pretty suspicious in regards to some situations in the novel … I really enjoyed reading about Shelley, and felt she was a really well-rounded character.

Tess’ son Jamie is just an innocent child at heart, who is also grieving greatly after the loss of his father. But he grieves very differently to Tess, and he becomes very angry at Tess most days. He prefers to spend his time alone playing rather than with his mother, and there is some a very clear distance between them. He really likes Shelley’s company and often prefers to have her around as she is much more fun and full of energy. Deep down, he’s just as lost as the other characters.

** TRIGGER WARNING ** (I apologise for any spoilers here.) This novel is centred around grief and loss, and explores these themes in great detail. From large issues like dealing with the deceased’s will, to smaller issues like struggling to get out of bed in the morning, this novel explores what life is really like when somebody close to you suddenly dies. Mental illness is explored in great detail, including references to illnesses such as anxiety, depression and a psychotic breakdown. Finally, some references are included to pregnancy issues and infertility. All of these issues are explored with appropriate sensitivity, but if any may trigger a negative response, I suggest you skip this book.

As the narrative motors onwards, more and more bizarre events occur. Tess discovers some shocking truths about her husband and discovers that he was not always entirely truthful to her. She begins to feel unsafe in her own home, and questions the intentions of everyone around her. Can she really trust her new friend Shelley, or is she just after her son?

So, let’s talk about the ending. There’s a really shocking twist that completely changes EVERYTHING! I was so shocked and surprised, I genuinely couldn’t believe what I was reading! But suddenly, everything made sense and all the pieces of the puzzle finally fit together. North has a clear skill at completely pulling the wool over the readers’ eyes throughout the course of the novel, and then delivering an almighty twist! Fantastic ending.

Overall, I highly recommend this novel to those of you who enjoy slower-paced Psychological Thrillers, particularly if you are interested in reading about issues such as grief and loss. It’s a highly emotional, eye-opening read, that still does very well to capture the reader’s attention throughout. Personally, it was a little slow-going for me, especially at the beginning, but once the pace picked up I was totally absorbed. The ending/twist was my favourite thing about the whole novel – I just felt that it was done so brilliantly! A highly-recommended read.

One thought on “Book Review: ‘The Perfect Betrayal’ by Lauren North”