Hello everyone, and welcome back to The Bookworm’s Fantasy! I hope you’re all well. Today I’m really excited to be sharing my write-up of a very special author event I attended just over a week ago. I went to see Nathan Filer talk about his new book, ‘The Heartland: Losing And Finding Schizophrenia’, at Bath Festival. ‘The Heartland’ is a truly fantastic book, and I urge you all to go out and read it! Those of you who have been reading my blog for a while will know that Nathan Filer is the author of my favourite ever book, ‘The Shock Of The Fall’, so I was absolutely thrilled to get the chance to hear him speak and finally meet him too! So, keep reading… 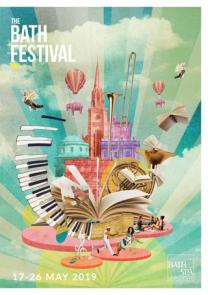 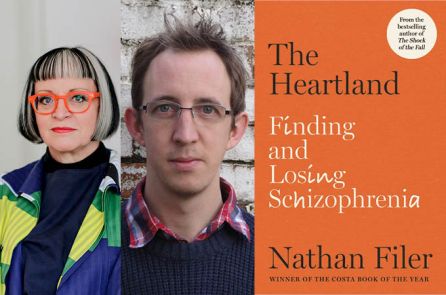 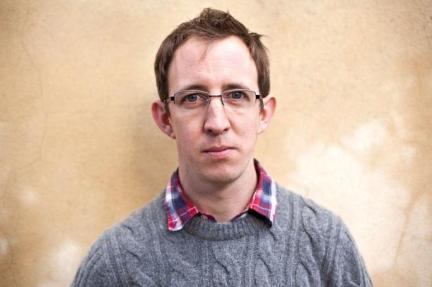 Nathan Filer is the author of best-selling novel ‘The Shock Of The Fall’ (2013), which was crowned the Costa Book Of The Year for 2013. His latest book, ‘The Heartland: Finding And Losing Schizophrenia’, is due to be released on 6th June 2019. This latest book is a non-fiction book, featuring case studies and essays surrounding the subject of mental illness ‘schizophrenia’.

1) On the language surrounding mental illness, and why Nathan Filer refers to schizophrenia as ‘so-called schizophrenia’ throughout the book…

3) On the use of case studies in the book…

5) Thoughts about medication and chemical treatments…

6) On the issues with diagnoses…

8) What can we take away from the book?

When arranging to attend the group myself I had to offer some assurances. I said that I wouldn’t name the hospital and that I wouldn’t report specific details of anything that was disclosed by any of the men. I wouldn’t bring a pen in and I wouldn’t take a narrative out.

So, once again, we are left with the feelings. Here’s the best way I can describe the feelings that I detected in that room.

Imagine, once more, that you’re walking down that dark alley we’ve been talking about [previously in the book]. You hear the sudden noise. It’s footsteps. Only this time, it doesn’t resolve itself to be rustling leaves by virtue of you listening more attentively. It remains footsteps. It’s always footsteps. Something is always following you. Always wanting to harm you. And it’s caught you before, whatever this thing is, and when it did, when that happened, it was too terrifying to contemplate. Now imagine you look to your left, and there’s a friend walking beside you. Your friend can hear the footsteps behind you,too. And to your right is another friend, and another, and another.

You’re not alone at all. There’s a whole gang of you. You’re all walking this dark alley together. It’s longer than you thought. It’s darker than you feared. But you’re doing it, and come to think of it, when you’re all together like this – your own footsteps sound the loudest.

That was the feeling in the room.

That’s what I took away.

We’ve just heard the story of a keyholder. But we’re all keyholders of sorts, aren’t we? We make decisions about people based on ideas and orthodoxies that we may never once have questioned. We place people in the corners of our minds, locking them away there. Sometimes we do the same to ourselves.

I hope that this book has been able to unlock a few such doors. To push them open though, requires more than I can do here. It involves many people having many more conversations.

My hope now is that you – yes, you! – will take the conversation that we’ve started here and continue it with others.

It’s about all of us.

By talking and listening carefully we can push those doors wide open. I wonder what else we’ll find?