Hello everyone, and welcome back to The Bookworm’s Fantasy! I hope you’re all doing well. Today I’m really excited to be taking part in the blog tour for ‘Who We Were’ by B.M. Carroll. I actually won this book via a Twitter competition and was sent an ARC. I really enjoyed the book, so much so that I will definitely be reviewing it in full – so keep your eyes peeled for that! In this post, I’ll be giving you some information about the book, as well as sharing an exclusive extract. I will also be talking about who I was at school – scroll to the bottom for my story. Thanks so much to Viper Books for the opportunity! Keep reading…

If you looked the other way, should you be punished?

Twenty years after they went their separate ways, friends and enemies are coming together for their school reunion. Katy, who is desperate to show that she’s no longer the shy wallflower. Annabel, who ruled the school until a spectacular fall from grace. Zach, popular and cruel, but who says he’s a changed man. And Robbie, always the victim, who never stood a chance.

As the reunion nears, a terrible event that binds the group together will resurface. Because someone is still holding a grudge, and will stop at nothing to reveal their darkest secrets… 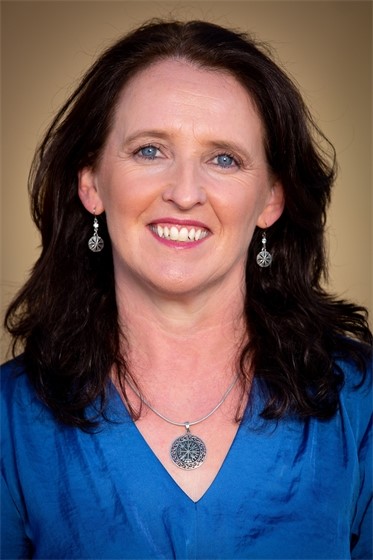 ‘Who We Were’ (7th May 2020) is B.M. Carroll’s second novel, following on from ‘The Missing Pieces of Sophie McCarthy’ (2018). She has previously written women’s fiction under the name Ber Carroll. B.M. Carroll was born in Ireland, and spent her early career working in finance, before leaving to write books full time. She now lives in Sydney, Australia.

Chapter 1
ANNABEL
The phone rings on the way to school pick-up. Annabel takes the call, even though she’s almost outside the school and the conversation will have to be a short one.
‘What happened to marine biology?’ Grace’s voice fills the car.
‘What?’
‘Our school yearbook. Apparently, you were going to be a marine biologist!’
‘I was?’ Annabel is astounded. She has no recollection of this.
‘It’s here in black and white.’
‘What else does it say?’
‘That you’ll be remembered for not keeping a straight face at awards night!’
This she does remember. Miss Hicks catching the toe of her shoe on the second step. Face-planting on the stage. Annabel trying, unsuccessfully, to quell the urge to laugh. Death stares from the principal, Mr Rowland.
She snorts. ‘Well, they could hardly put in what I was really remembered for, could they?’
‘No,’ Grace agrees. ‘That wouldn’t have come across as well.’
Annabel Moore: the girl who was pregnant during the HSC. Her enlarged belly jutting against the exam desk. Her ankles swollen in her school shoes. No surprise that she and Jarrod got disappointing results. How could they study, concentrate, pretend that the Higher School Certificate mattered while their lives were imploding?
She flicks on her indicator and pulls into a space that isn’t quite big enough. The rear end of her Ford Territory juts into a residential driveway. It’s okay, she tells herself. It’s only for a few minutes.
‘Why are you looking at that stupid old thing anyway? Aren’t your kids keeping you busy enough?’
Grace, like Annabel, is a stay-at-home mum. She has four children, all quite close in age. The strange thing is, she was never the maternal type.
‘Katy Buckley wants to do an updated yearbook,’ Grace explains. ‘For the reunion.’
Katy Buckley. Plain and studious. Perennially mocked for being such a try-hard. Annabel feels a rush of that old derision, its resurgence taking her by surprise.
‘Oh, for God’s sake. What’s wrong with just rocking up on the night, getting drunk and making fools of ourselves on the dance floor? Who the fuck cares about yearbooks?’
‘It’s because Katy’s a teacher. She’s still caught up in that world. Where things like yearbooks actually matter … Having said that, I think it’s a rather good idea …’
‘And what did Katy Buckley want to be when she left school?’
Annabel can hear Grace turn the pages of the book. ‘President of the Wilderness Society.’
Both women burst into laughter. Explosive, unstoppable laughter that reminds Annabel of when they were younger, and half the time didn’t even know what they were laughing about. The school bell rings, the sound carrying through the open windows of Annabel’s car, bringing a distinct feeling of nostalgia.
Some children, the quick ones, are already flying through the gates. The ones to whom being first means everything. First to get to school in the morning. First out the door to lunch. Their darting eyes able to establish where queues will be formed and their agile bodies manoeuvring so they’re always at the front. Annabel used to be one of those kids.
‘Gotta go,’ she tells Grace. ‘Mia will be out any second now.’
Mia is towards the back, a dreamy smile on her face. Dearest Mia. Such a gentle soul. Such a joy. If only her brother had a fraction of her affable nature.
‘Hi, darling. Hop in quickly. We’re going straight to the mall. We’re going to buy the most perfect pair of communion shoes.’

Who Was I at School?

One of the requirements of this particular blog tour was to share some information about who we were at school!

At school I was a bit of a loner, with a close circle of friends who were all into the same music as me (rock). I experimented with dying my hair lots of different colours, and was definitely a bit of an “emo”. I was also a bookworm who spent her lunchtimes in the library, and I was really good at English Literature! Unfortunately I was also bullied in school, so I really related to Robbie as a character. In ‘Who We Were’, the other kids were so cruel to him for something that wasn’t his fault, and I really related to that – I was teased for having greasy hair and acne! I don’t have many fond memories of my time at school, and I couldn’t wait to get out of that school and off to a different sixth-form, where I was much happier thankfully. Below is a picture of me at my school prom (I apologise for the poor quality!) 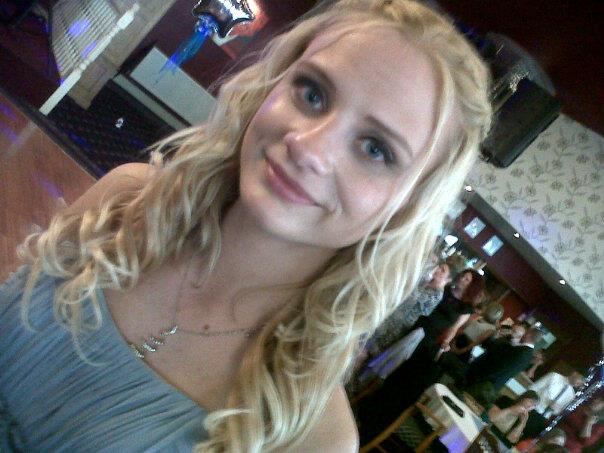